I am an experienced Camera Operator, Production Assistant, and Actor with a demonstrated history of working in the visual media entertainment industry. I’m skilled in performance, improvisation, management/directing, and assisting film production as a Utility and Grip. Bachelor of Arts in Broadcast and Electronic Communication Arts from San Francisco State University. I worked heavily in SFSU’s TV studios and ΔKA field sets, producing my own and fellow students’ projects as a director, writer, camera operator, technical director, stage manager, grip, set designer and builder, and field audio. My time at SFSU also got me quite familiar with the over-under cable wrapping technique! As a Director and Producer of SFSU’s BECAFest 2020, I wrote, directed, filmed, and acted in the Video Fiction category intro, assisted the livestream set up and execution as a Utility, and delivered announcements to the audience during livestream as technical issues arose. As the director and president of Major League Improv, I directed up to 60 actors at a time, taught and performed live improvisation, and organized regular club and production meetings.

There are no videos to show. 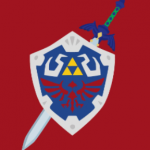