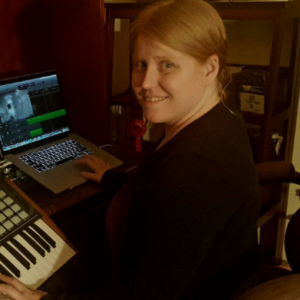 An award winning Music Composer and Sound Designer for media including film, web-series, animation, documentary, commercials, trailers, video games, & live theater. Has over 13 years of experience collaborating on projects throughout the world. Tricia has scored music for a wide range of genres including horror, western, sci-fi, comedy, and drama. She has also created Sound Design and Music for several Live Theater Play Productions in the greater Los Angeles area. Tricia was also the producer of the Music Rush virtual Play Festival put on by Force of Nature Productions. A few of her most recent and well known projects include the upcoming feature film “John Neptune and The Sky Palace King” (produced by Neptune Cinema), a mockumentary “Brick Madness” (produced by Blare Media), a western feature film “Above Snakes” (produced by Jefybal Productions), virtual horror play production “A Rattle at the Door” (produced by Worst Ever Productions), and animated short film “A Purpose Well Fulfilled” (produced by Force of Nature Productions).