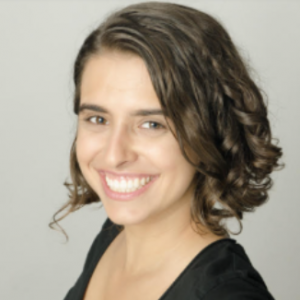 I have worked as a copywriter and more since 2014. I have written video and stage sketches for The Peoples Improv Theater (The PIT NYC)’s house sketch comedy team, “Steve’s Hard Milk”. I have written sketches for stage at UCB, Magnet Theater, and The Armory Comedy group. My plays have been read and performed aloud in festivals in New York City and Los Angeles.

I have volunteered with Sunnyside Shorts International Film Festival as a Judge and Coordinator since 2019. I have worked on set as an actor on many occasions and am familiar with the environment. On the horizon: I am volunteering with Reel Pride in Fresno, CA.

I have produced my own sketch comedy show that I have written for, acted in, hosted, and created at The PIT NYC, called “Author’s Intention” where I interviewed sketch comedy writers and then read their scripts aloud. I co-produced the improv show “New Kids On The Prov!”, a show with one improv mashup team and one established team, where I cast improvisers, organized show dates with the Show Director, and coordinated with my cohost’s improv team to perform.

I co-produced two web series as an influencer with Rizzle Studios, “Same” and “Curb Your Validation”, and I produced the web series “July 5th” and “Behind The Scenes!” on my own. My Rizzle channel has 474.6K Views and 42.1K Followers. https://rizzle.tv/u/nicole

I help produce my weekly podcast, “Totally Toonular” with my cohosts; I contact guests, organize times, and pick materials to discuss. On the horizon: Associate producing “Curse of the Weredeer”.

You can learn more and see more of my credits here: https://linktr.ee/nicolematarese