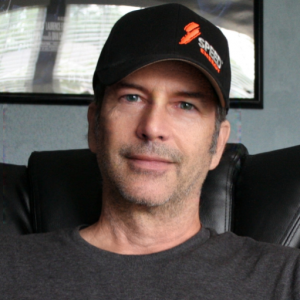 Jim writes, directs, films and edits. He worked as a camera person for four years on over 70 RaceDay shows live on TNN. He directed and filmed interviews for America’s Most Wanted and worked ENG sound on segments for Entertainment Tonight, Extra, Inside Edition, American Journal, Good Morning America and NBA Entertainment. Jim’s first screenplay won a Silver award at Worldfest Charleston and his third screenplay was Top 100 in the Table Read Genre Competition. As a story developer, he co-produced the documentary film Robby Gordon Road To Dakar that aired on NBCSN and is now on YouTube.