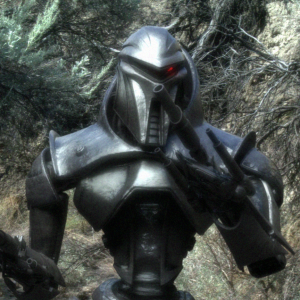 Originally founded in 2003 in Vancouver, Canada by Kelly Lee Myers, Declaration Pictures Inc. is now based in Las Vegas, Nevada.  While an unlikely place for a small VFX company to relocate to, Declaration Pictures continues to operate as a boutique VFX shop, and owns and operates the wildly popular VFX/CG software training and tools website known as Liberty3d.com. Beyond producing art in the form of VFX for film and TV, the company also focuses a significant portion of its efforts on original IP development as well as R&D in the areas of VR, AR and image manipulation and rendering technology.

While our clientele largely exists outside of the state of  Nevada, our work on their productions consistently results in “out of this world” craftsmanship.   From the award-winning (and lots of nominations) work done by our artists on some of the most iconic sci-fi and sci-fact TV series of the last twenty years, to several major film studio theatrical releases and independent cult hits, chances are you have seen our work and then some. We tend to show up in some rather surprising places doing what we do, leveraging that experience and knowledge. We are constantly refining and evolving it to tackle some really diverse productions and projects.

By adapting our methods and techniques from TV VFX and general production, games development, on-set VFX consultation, IT and Software development, to our clientele’s ever-changing needs; we have a carved a bit of a name for ourselves in the last 10 years. While we continue to do studio level Film and TV VFX work,  we have also branched out into new areas of DCC production including VR, AR and even 100+ million dollar state of the art theme park experiences.  No matter the job, our approach to projects really can be summed up in one way and as the old saying goes… “The show must go on.”

Indeed, we are often called into projects to rescue them from “complete and total disaster” using these techniques and methods that we have demonstrated as being tried, true and battle tested. After all else fails.. .including industry standard tools and widely accepted practices of VFX work falls apart is not a place someone wants to find themselves. But it does happen and more often than you would think. When filmmakers find themselves in really serious trouble or producers go into states of dismay beyond their normal levels of total panic and start throwing things larger than themselves; we get the call. Because we get it done.