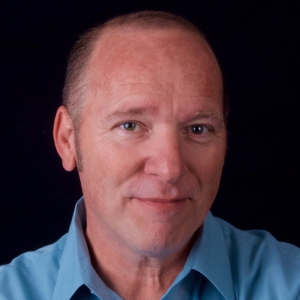 Born in the UK, raised in Canada,  David began acting out at a young age.  His father recalls he had been doing silly voices and goofing off since he was old enough to speak. Growing up in a musical family only furthered his need to be seen and heard.

As a guitar player/singer, David enjoyed success with the cover band Glider, and Queen tribute Bohemian Rhapsody, touring as a supporting act for the Mama’s & Papas, & The Platters , and opening for many more like Bad Company, Jethro Tull and George Thorogood.

David attended Fanshawe College’s Recorded Music Production program and Digital Applications.  Upon receiving early graduation at the top of his class, Manta Eastern recording studios became his new home.  It was here that David was exposed to the world of voice over.  Shortly thereafter the acting bug bit, voicing Irwin Toy for five years, and then becoming the voice of HMV Canada.

With acting, voice over, voice direction, music composition, sound design, production, countless commercial and odd feature credits, David’s experience is vast and well-rounded.  His time on both sides of the glass makes for an interesting, articulate, and aware individual with a keen ability to hear and react preemptively, much to client’s delight.