Craig has a unique voice that is neutral British RP with a slight hint of Scottish. He was born in Scotland and moved around the UK with his RAF parents and now lives in Houston, TX in the good ol’ USA!

He was a successful DJ in his younger years before choosing Electrical Engineering as a career path in his late twenties.

The love of being behind the microphone wouldn’t go away and Craig decided that Voice Over was his passion. He has trained with the most prominent Commercial Voice coach in the USA and is actively involved in the Houston acting scene.

Clients such as Rolls Royce, Amazon, Google, Spotify and many, many more trust Craig to be the voice for their brand. 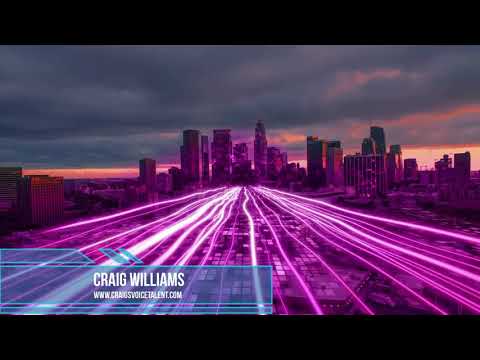 British Voice Over with genu…

British Voice Over, Craig Williams, showcases different styles of voice over reads in his 2020 commercial demo. Craig is a… View the Video