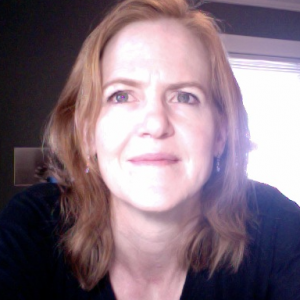 I am primarily a documentary producer/coordinating producer/field producer, live in the city of Chicago and have a car. I know crew in the commercial, documentary and indie sectors at all levels. I have shot, edited and recorded sound in the field, so I can talk tech.

Most recently, I produced the award-winning documentary COOKED: Survival by Zip Code, directed by Judith Helfand. COOKED premiered at DOC NYC in 2018 and was broadcast nationally on PBS’ Independent Lens series in 2020. Prior to that, I Co-produced the Academy Award® nominated and Emmy® Award winning, ABACUS: Small Enough to Jail, directed by Steve James and broadcast in 2017 on PBS’ Frontline series.

I got my start working as an assistant editor on HOOP DREAMS and went on to serve as staff producer at Kartemquin Films for the next eight years. I produced and directed A YEAR ON TEEN ST, a short documentary following a teen theater troupe over the course of a year and was segment producer/co-editor of the groundbreaking multi-part immigration series THE NEW AMERICANS. The series was nationally broadcast on PBS in 2004 and won multiple awards at festivals worldwide.

I have worked as field and coordinating producer for Hedrick Smith Productions, The Kindling Group and Motto Pictures, among others. In addition to my documentary work, I have been producing and directing branded and commissioned works for networks, municipal, nonprofit and corporate clients including, the BBC, Microsoft, Cook County, Lycée Français, Refugees International, American Jewish World Service, The AVI CHAI Foundation and others.

I am an active member of the Documentary Producers Alliance and serve on the Board of Kartemquin Films.