From a youthful energetic voice, a middle age voice of reason, and a baritone voice with gravitas that commands respect, portrays luxury, and intimacy, Roman’s voice and delivery has different qualities with one common characteristic…The ability to build trust, relatability, and tell a story.

A loving husband, fun father, and loyal friend; Roman brings a mindset of work hard, play hard wherever he goes. He loves his chosen profession. Narration, voiceovers, and audio production define his passion. He is as comfortable behind a microphone as he is on stage or in a boardroom.

Having grown up in the creative environment of recording studios and commercial production, performance and creativity is in his blood (He recorded his first voiceover for Lego Toys when he was four years old). As an accomplished award winning musician, Roman has performed for audiences of thousands, giving him an in-depth feel for timing, cadence, and tone.

The success of any production requires unwavering respect for budgets, deadlines, and project/marketing objectives. Engaging Roman ensures that your projects will be handled with enthusiasm, integrity, passion, and care. 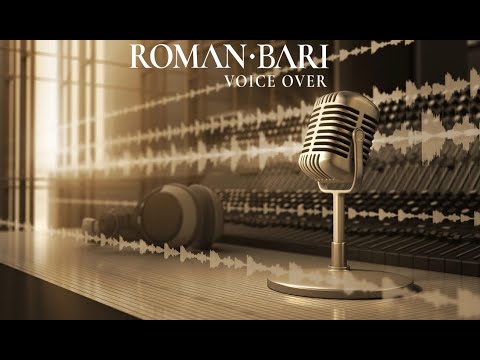 Roman Bari's Commercial Video Demo Reel From a youthful energetic voice, a middle age voice of reason, and a baritone… View the Video