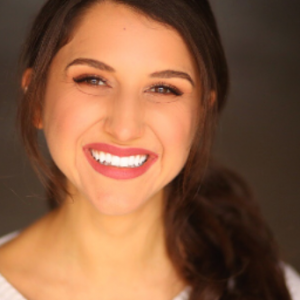 Home-birthed in an NYC apartment, never having eaten meat in her life, and singing “Somewhere Over the Rainbow” in her mother’s womb, Jade Zaroff trademarked “impact artist” with the intention of being just that. Jade is a singer, voiceover/on-camera actress, producer, entrepreneur, and young change-maker, whose passion and purpose is to leverage entertainment as a vehicle for activism and impact. In 2016, she created an original event to celebrate Earth day called the “Emerson Green Gala,” that now runs annually at Emerson College. Jade is currently producing and acting in an environmentally-driven comedic web series (Winner of Top Shorts, LAFA, DMOFF, Vegas Film Awards, and more) called “Jade & Jaded,” and is a leader in inspiring others to use their talents for positive change in the world through her nonprofit organization called Entertainment for Change. She is a huge advocate for the United Nations’ 17 Sustainable Development Goals (SDGs) — Jade was a panelist at the United Nations Media for Social Impact Conference in 2019, has won the Broadway Green Captain Prize via the BGA, and has been featured as a young leader in other publications such as Real Leaders Magazine and Green Living Magazine.

Additionally, Jade is studying to be a certified life coach via Jay Shetty’s Certification School, is currently recording the voice-over for her mother’s audiobook called “EcoRenaissance” (published by Simon & Schuster), and is a trained on-air backup guest for the Farm to Home sustainable fashion brands exclusive on QVC.

Entertainment for Change™ (EFC) is a 501(c)(3) nonprofit that provides a platform that educates and empowers a community of young Impact Artists™, informed by the United Nations’ SDGs. We are dedicated to fostering and empowering artistic activism for the next generation. Our mission is to educate young people about the United Nations’ 17 Sustainable Development Goals (SDGs) via original artistic work, non-profit/influencer partnerships, and socially/environmentally conscious sponsors. EFC is committed to a future in which being an Impact Artist™ is easily identifiable on a mainstream level. EFC shares the education, resources, and creative inspiration necessary to empower the next generation of young leaders towards a sustainable and unified world. We fundamentally believe that art and creativity is the most powerful way to internalize thoughts and feelings, so that you can externalize action in media and entertainment, making a lasting impact.