Harry Pallenberg is a documentary filmmaker who has been creating content for corporate clients for over a decade, with an emphasis in the Entertainment, Automotive, Technology and Hospitality fields. Clients include: PBS, Cadillac, AAA, VMware, GM, Hyatt, SXSW and many more. He’s produced & directed three feature documentary films: SHOTGUN FREEWAY, WOMEN IN BOXES and WHERE THEY RACED and spent 15 years at KCET producing CALIFORNIA’S GOLD for Huell Howser.

Harry is a producer, director and editor and is able to take on all roles or just one depending on the project. Jeremy specializes in independent film and orchestrates media relations, publicity, distribution consultation and social media management.

There are no videos to show. 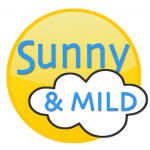