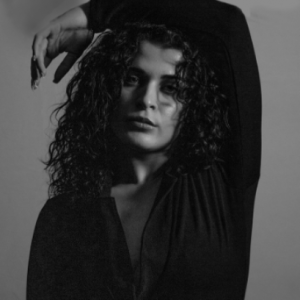 I am a graduating senior from Northern Arizona University, where I will be receiving a BA in Creative Media and Film. I intend on pursuing my MA in Media Analysis with an expected graduation of 2023. In addition to being a film and creative media student, I am also a photographer of seven years. Within the film program at NAU, I have gained experience on actual short film sets as a script supervisor, production coordinator, social media/behind the scenes photographer, and production assistant. I have been a proud member of NAU’s UTV Studios, a student-led production program, where we make up to six short films a year. It is in this program I have been able to be apart of a screenwriting room, where I wrote an original thriller, “Skin Deep,” that was then produced and has gone on to accumulate twelve nominations and awards globally. For the last two semesters, I have been the Head Writer of the UTV Studio’s Writers’ Room; where I instruct small groups of screenwriters. In addition to my experience gained with UTV, I also have acquired basic editing skills, sound design, and color grading skills as well.