At BLARE Media, we are completely consumed by video production. It’s a part of who we are and why we’ve been in business for decades. We’re a group of hardworking perfectionists that want to help you achieve your objectives through creative and dynamic solutions.

Dallas is a beautiful and versatile city that offers a lot of opportunities for filmmakers. Whether you’re looking to film a commercial, web series, short film, or feature length film, Dallas has the perfect location for you. With its diverse neighborhoods and variety of architecture, Dallas provides filmmakers with an endless amount of locations to choose from.

Anyone driving through Texas from east to west quickly realizes that Texas is big, and that it took big dreams to make it what it is today. The people of Texas are proud to call themselves big-hearted and welcoming, but they have always been a state with strong personalities. The classic 1956 film “Giant” tells the story about an east coast cattle rancher who strikes it rich in Oil Country after finding success on his own terms; this image made cities such as Dallas famous for decades to come!

Dallas, the country’s 9th largest city, is diverse, changing and positioned geographically to take advantage of a population boom in the last ten years. It is home to 1.4 million people, six universities, and over 100,000 corporations including Texas Instruments, GameStop, 7-11, Dave & Busters, and yes, Ewing Oil, for those who remember the TV series “Dallas.”

But big dreams take vision and vision requires an image – the sights and sounds of an idea coming to fruition. That’s where Blare Media comes in. It is a full-service video production company that also dreams big by producing corporate videos, feature films, television commercials, and much more. Whether you have a script or not, the team at Blare Media will work with you to produce a high-quality video that meets your needs and objectives. Trust us, we’ve done this before. We have the experience and creative chops to make your project shine.

BLARE Media uses skilled crews and 4K or 8K cameras to capture your brand in superior quality images, vibrant colors, and clear audio. Get in touch with BLARE Media right now. It’s worth it to make your fantasy come true.

List of Peer to Peer Referrals of the Top Dallas, TX Video Production Companies and Professionals 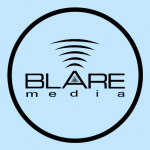 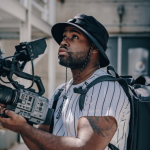 Coming from a graphic design and photography background; I pursed the world of filmmaking. I’m a upcoming DP | Director Of Photographer. I started this career path as solo operator, shooting small gigs and elevated myself over these past three… More 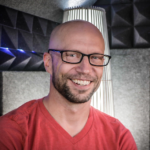 Voice Talent - MaleVoice Talent - MultilingualMale Actor
Profile
Andy was the second full-time vo actor that I met when starting out. He continues to have a heart for helping people navigate this industry for beginners, with his vo coaching for beginners. He also is a hit at Comicon… More

Hair/Makeup
Profile
One of the best MUA I've had the opportunity to have my face beat and slayed by. Cris makes sure your skin looks flawless and that you feel like a queen when you walk out. Would def recommend her to… More 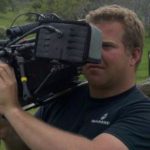 DirectorCamera OperatorGaffer
Profile
A great guy and excellent addition to any set. He's a man of many talents. More

DirectorCamera OperatorGaffer
Profile
George! Great guy, professional and experienced in multiple areas of the business. His passion shows both on set and in his work. I'd work with George any day. More 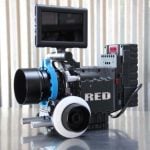 Voice Talent - MaleMale ActorStudio Space
Profile
I run the Global Voiceover Artist Network on Facebook, and Jeff is nearly every single time active in the big conversations and discussions that ensue from postings. He's very committed to being a team player and being part of the… More 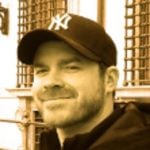 Producer
Profile
BLARE MEDIA is a California born video production company. We provide high-quality video production at an affordable price for a variety of clients all over the globe. Understanding that every project is unique, BLARE Media customizes each to fit the client’s… More 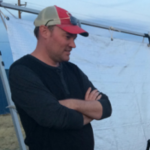 DirectorOnsite Editor
Profile
Originally from Lubbock, Texas, and growing up on the films of Spielberg and Zemeckis, I’ve worked in Hollywood for over 20 years.  I have directed three award-winning independent feature films, several award-winning shorts, as well as pilots and commercials for Relativity… More 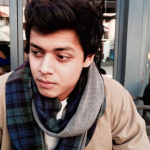 DirectorWriterPhotographer
Profile
My name is Rishabh Badoni. I’m a brand strategist, creative director, filmmaker, photographer, and writer based out of  Calcutta, India and Plano, Texas. I’m a permanent resident of the US, and I’m hungry to become part of your team! I… More

Camera Operator
Profile
Dallas Camera Crew: We are Bob and Amy DeWitt also know as Photo FlyBoy.  We are based in Dallas Texas. Our passions are flying and digital imagery.  Our company goal is to produce the highest quality aerial and ground-based videos and photography, at… More

ProducerAnimationEditor
Profile
Top Pup Media is one of the leading Dallas production companies that produce professional videos for your business. We work as your business is our business. Our goal is to create featured videos with creativity to grow your business. More Voice Talent - MaleMale ActorWriter
Profile
I’m a professional voice actor, I’ve been doing this for about 5 years now. What that means is, I’m here to help represent the characters and brands you have in your head. Maybe you need someone super excited to be… More 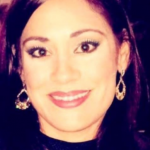 Hair/MakeupHair/Makeup
Profile
I am a professional makeup artist. I am all-rounded in the makeup business. I have specialized myself in FX Makeup, though. I have more than 20 years of experience in the business; TV shows, modeling, theater, film and TV advertising.… More 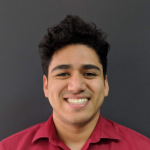 Drone PilotEditorCamera Operator
Profile
We have been in this industry for 6 years, with experience in Youtube, commercials, music videos, animations, and other styles of videos used for social media! For those wanting more in-depth specifics: We employ the use of the Adobe Creative… More 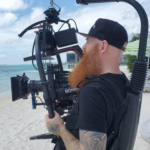 Director of PhotographyCamera Operator
Profile
I am a Cinematographer originally from New York with over 12 years of industry experience as a Gaffer and then DP. I shot mostly fashion and beauty commercials in NYC, but I’m also well versed in lifestyle, music videos, and… More 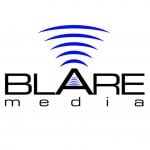 DirectorCamera OperatorGaffer
Profile
Dallas Video Production Company BLARE Video is a client-focused Dallas video production company that works on the development of powerful and creative video in Dallas, Houston, Austin, Fresno, Seattle as well as the rest of the Country. If you need… More

Music Composition
Profile
For over 37 years FirstCom Music has empowered creativity in thousands of studios around the world.  We offer a comprehensive and diverse music collection comprised of 30 catalogs and over 225,000 titles. We work with some of the most creative… More

Camera OperatorEditor
Profile
My mission is to touch people’s hearts and engage their senses in a way that makes them engage with my client’s product. There are few things that excite me more than an empty page. The beginning of the creative process.… More

DirectorAssistant DirectorWriter
Profile
Born in Montreal, her origins are a melting pot of cultures from Greek to Turkish to Haitian. As a teen, she wrote 30 feature screenplays, which served as a practice run until she was old enough to study screenwriting at… More

DirectorCamera Operator
Profile
Camera Crew and Video Production Services – Dallas Over the years we’ve had the privilege of working on everything from TV commercials to films to marketing videos. We enjoy the process of working with the client to come up with… More

Motion GraphicsAnimationStoryboards
Profile
Illusion Fields is a Motion Design Studio specializing in designing 2D & 3D Animations from concept to completion. We develop a deep understanding of what makes your brand special and create a strategy to focus the messaging around what will… More

Production AssistantPhotographer
Profile
Since 1985 I have been a self-employed freelance photographer. With the growing demand for video, in 2012 I began educating myself in video production, and have been shooting video ever since, in 2018 I made the move to film. My… More

Production AssistantEditorVoice Talent - Male
Profile
I mainly worked as a PA in different TV shows (Made in Japan by TBS, Selling Private Islands, America’s Got Talent) and one feature film (John Wick 3). But also worked as video editor for tv shows (The Facts in… More

Camera OperatorDirector of Photography
Profile
I have over 19 years of experience behind the camera. From multi camera operation and studio set up/lighting to live events to corporate communication, documentaries to reality style TV, I’ve worked on it all. I have both a Canon C100… More

Director of PhotographyCamera OperatorDrone Pilot
Profile
Hello,   I am a dedicated broadcast professional with over 30 years of ENG/EFP experience, shooting for a diverse array of clients in every imaginable environment. In an effort to expand my creative possibilities, in March of 2016, I purchased… More

Valley of the Kings Music LLC

Music CompositionMusic Licensing
Profile
Atomica Music Library offers over 1000 albums and 64,000 exclusive tracks, all of which were composed and produced in the last 7 years or less! Never sift through 20 or 30 year old content again. With our abundant new releases,… More

DirectorCamera OperatorGaffer
Profile
Dallas Video Production Services: I’m a 20-year producer / director / editor (FCPX). As the executive producer at VideoWise Group, I can provide any sized crew needed for the job. As an individual, I own lots of pro gear. Lately,… More

Voice Talent - Male
Profile
After many years in broadcasting, I’m proud to use my voice to communicate your story to your audience. My voice has been described as: authentic, warm, friendly, rugged, authoritative–and even sexy! Clients say I’m friendly, easy to work with, and… More

DirectorCamera OperatorProducer
Profile
Producer/Director with 30+ years experience in video, film and entertainment production: Consulting, Producing Budgets, Business Plans, Project and Shooting Concepts. Competencies include all formats in video, use of cameras in unusual situations – Handheld and in studio and remote locations.… More

Director of PhotographyCamera OperatorEditor
Profile
Diego Noriega is a Cinematographer based out of  Dallas, TX. His love for filmmaking blossomed at the age of 10 when he first picked up a camera, and the rest is history. Perfecting his craft for nearly a decade now,… More

Camera OperatorProduction AssistantVoice Talent - Male
Profile
Hi my names Kareem Disu, Iâ€™m an aspiring camera operator looking for a camera assistant job to learn as much as I can. Iâ€™m a hard worker and extremely passionate about this field. More